...after almost 21 months of waiting. Jonah has been with me for about four hours now, so far it is going amazingly well!!! We had our custody meeting in a small meeting room at our agency's cafe and since they have Wifi, we were able to FaceTime with John not long after his foster mom left. Jonah knew exactly who he was and kept saying "Appa, Appa (daddy in Korean). He also calls me omma and seems to recognize me. So far no tears from him, we will see how he does when he wakes up from his nap. He is so amazing, he runs everywhere, he is very curious, and such a sweetheart. Visa interview also went really well, so the last official part of the process here in Korea is complete! Please keep praying for my little boy's heart and also for his foster family, they loved him so much. 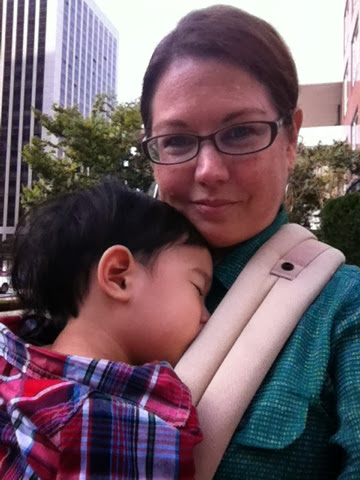 I am sitting at LAX right now, next stop Seoul!!! I take custody of Jonah on Friday at 11am (7pm Thursday Arizona time, 10 pm on the east coast). His Visa interview is scheduled for Monday and we fly home Tuesday night. Prayers for a smooth transition are so greatly appreciated! 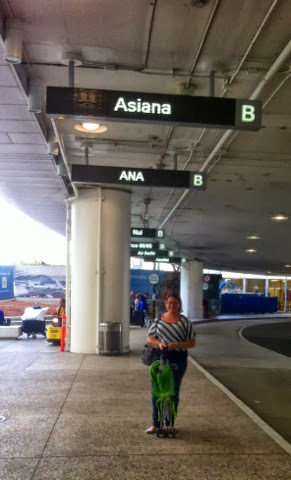 At 6:58 this morning my phone rang... I let out a shriek as I ran to pick it up. It was the call we have been waiting for- FINAL APPROVAL!!! We are now officially and legally the parents of Jonah RiYoon! There was a time when John and I thought we would never be parents and now we have two sons. I can't stop crying - so overwhelmed with joy and relief.

"The Lord has done great things for us, and we are filled with joy." Psalm126:3

I am so sorry to all those who have followed our journey and to my family and friends that keep up with us through this blog for having to take down blog posts and for not being able to post updates from Korea. Just prior to our first meeting with Jonah, we heard that officials may be monitoring social media and would not look favorably upon posting pictures or details about our adoption process so I needed to be cautious. Now that we are legally his parents I hope to be able to post some pictures and details about our trip.

Overall, we had a great trip. Joshua is a fabulous traveler. He did so well on both plane rides and touring around Korea. He also handled the meeting with his foster mom really well.

Our court date went great. We had the nicest judge. He told us we had approval at the end and that he thought we would be great parents for Jonah (almost made me cry). We still had to wait for the written preliminary approval, but it was such a relief to know we had approval. We are living proof that you can still get approval with a somewhat disruptive, not perfectly behaved child. Joshua only got a 20 minute nap and the court was running late, so by the time we got in there, he was not at his best! As soon as we got in, he loudly pronounced that he was hungry, wouldn't sit still, kept talking, etc, but the judge didn't even blink an eye over it.

The most difficult part was the meetings with Jonah. Our first meeting with Jonah was especially difficult; he was very shy with me and wouldn't interact with me at all. It was way beyond normal two year old stranger anxiety. It was obvious he knew something was up and he wanted no part of it whatsoever! Who could blame him. He was much more receptive to John though, which makes complete sense because he is closest to his foster mom. He and Joshua also did not get along very well. Our social worker visited him last February and we know from her description that the way he was acting was very out of character. It makes me sad that we didn't get to see his real personality prior to his world being completely turned upside down.

Our second meeting with Jonah was much better. He still overwhelmingly preferred John, but I did have a great moment with him taking turns blowing bubbles, I would blow some air, make a face, and he would just crack up. Made me so happy! I was just so grateful for this; he actually gave me eye contact and it just made me feel like eventually everything will be okay. The most challenging part was the two boys, they did not get along well at all. Let's just say that we are calling it a win, since there was no blood. In all seriousness though this will be one of the most challenging aspects of bringing Jonah home; the level of violence was way beyond brothers fighting as brothers do, so PLEASE don't tell me they are just fighting like brothers. Brothers may fight, but they still share love and a bond which Joshua and Jonah do not yet have. We would so appreciate your prayers for their relationship.

I will be heading back to Korea next week!

Email ThisBlogThis!Share to TwitterShare to FacebookShare to Pinterest
Labels: adoption, Jonah, Joshua, Korea, travel
Newer Posts Older Posts Home
Subscribe to: Posts (Atom)
"Day by day, and with each passing moment,
Strength I find to meet my trials here;
Trusting in my Father's wise bestowment,
I've no cause for worry or for fear."

"Unless the LORD builds the house, its builders labor in vain." Psalm 127:1

This is my statement of trust in the Lord to "build" our house. We acknowledge our complete dependence upon the Lord to build our family. We know His will is good, pleasing, and perfect (Rom 12:2) so we trust that whatever manner He chooses will be better than anything we could have planned for ourselves. We believe He is able to do "immeasurably more than all we ask or imagine, according to His power that is at work within us," (Eph 3:20) and we desire for Him to receive all the glory. "Yes, LORD, walking in the way of your laws, we wait for you; your name and renown are the desire of our hearts" Isa 26:8. 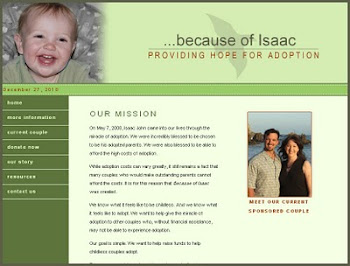 Please consider making a donation to help a childless couple adopt. Your support is greatly appreciated!

Check Out My Brother's Blog

Becky
Arizona, United States
After a long battle with infertility, which included a miscarriage, we began the process of international adoption from South Korea. We brought Joshua JoonSeo home September 2011 and are his little brother Jonah RiYoon came home October 2013. Through all of this, I have been learning to fix my eyes on my Lord and Savior Jesus Christ and take one day at a time as I follow Him, knowing I can trust in the One who knows the plans He has for me and who will fulfill His purpose for me. 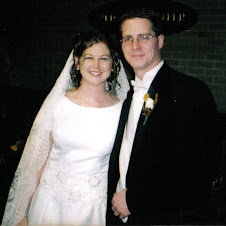 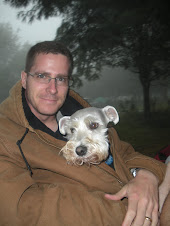 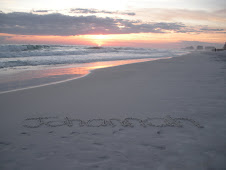 In Loving Memory of our Daughter 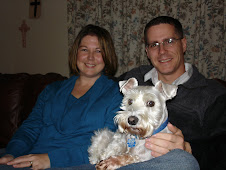 You can read about our infertility journey up to this point here. I'm sorry for not giving the specifics of our diagnosis. If you have questions or feel you could benefit from knowing the specifics, please email me.

Meaning Behind the Name

Other Blogs I Love

"Here is a trustworthy saying that deserves full acceptance: Christ Jesus came into the world to save sinners - of whom I am the worst. But for that very reason I was shown mercy so that in me, the worst of sinners, Christ Jesus might display his unlimited patience as an example for those who would believe on him and receive eternal life. Now to the King eternal, immortal, invisible, the only God, be honor and glory for ever and ever. Amen." 1 Tim 1:15-17

"But you are a chosen people, a royal priesthood, a holy nation, a people belonging to God, that you may declare the praises of Him who called you out of darkness into His wonderful light." 1 Peter 2:9

"Let us fix our eyes on Jesus, the author and perfecter of our faith, who for the joy set before Him endured the cross, scorning its shame, and sat down at the right hand of the throne of God." Hebrews 12:2

"Now to Him who is able to do immeasurably more than all we ask or imagine, according to His power that is at work within us, to Him be glory in the church and in Christ Jesus throughout all generations, for ever and ever! Amen.